Cadillac SRX is a comfortable car with the character of a sports sedan. During tests on autodromes and roads worldwide, the SRX has proven its response and almost flawless stability, providing reliability and control even in the most unusual driving situations.

The design of the Cadillac SRX models has become even more refined and dynamic: compact dimensions, branded embossed sides, stampings on the trunk lid, and powerful wheel arches are the calling card of the new Cadillac SRX. The sporty outline is especially clearly emphasized by the predatory false radiator grille combined with the front bumper and the vertical headlights traditional for modern Cadillacs. And the standard 18-inch cast wheels placed along the edges of the body only enhance the aggressive character.

Despite being more compact than the previous generation, the new SRX remains spacious and functional: wide doorways, comfortable power leather seats, legroom and headroom, and a low loading height of the luggage compartment - that's what makes The new Cadillac SRX is so enjoyable in daily use, compared to other models.

Cadillac SRX models of 2009 - 2020 are equipped with a new 3.0-liter V6 gasoline engine with direct fuel injection and variable valve timing into the cylinders. The engine develops 260 hp. and 300 Nm of torque and is aggregated with a six-speed Hydra-Matic 6T70 automatic transmission with manual control.

A new generation of eLSD electronic active differential gives special pleasure and confidence behind the wheel of the Cadillac SRX. Firstly, the technology allows you to distribute torque along with the axles and between the wheels, and secondly, up to 100 percent of traction can be transmitted to one single wheel, which allows you to raise handling on a winding and slippery road to a whole new level.

History of One Age

The Cadillac brand is the oldest in the premium segment. It's no joke - 103 years! This period, by the way, was the most significant step from ape to man. Cadillac has survived a lot of pompous American brands, which, if they survived to this day, would surely fall into the list of the automotive industry's elite.

Duesenberg, Packard, Studebaker... The equally ancient Lincoln remains, but in recent years Cadillac has easily outplayed it - both in terms of the range of models, technical level, and sales.

The Cadillac brand has experienced virtually no life-threatening conditions in its long and venerable history. It had the hardest time in the mid-seventies, after the oil crisis when there was no trace of the former wasteful luxury. The cars of 1977 became noticeably smaller in size, and this effect was wisely called The Great Shrink - "great compression."

A new blow followed three years later, with the introduction of CAFE (Corporate Average Fuel Efficiency) standards, which established the average level of fuel consumption for all retired models of each American brand. As a result, deformities such as the tiny Cadillac Cimarron, Buick V6 modifications, and even the Oldsmobile diesel Fleetwood were born! Cadillac began to recover only in 1987, after legislative easing.

Where Can Break Cadillac SRX?

And now a little bit about sad things what and where can break Cadillac SRX? In short, about the main thing - maintenance costs, of course, will not scare the owner of a premium brand car (first, certainly, but potential second-hand owners believe that the information will not seem unnecessary). If the owner can't afford car repair for Cadillac SX, there are many opportunities to change the model or get other accessories to improve it.

To ease your mission, a number of details are revealed - first of all, the light bulb is here (ordinary xenon) and st about the original is more than a hundred dollars (non-original is half the price), but this is not the main thing - you will need to replace it remove the bumper. Secondly, it may turn out that the problem is not in the bulb, but in the ignition block. Nonsense? Not at all: the xenon ignition unit costs no more than $50, but it is in a non-standard kit, but we are talking about Cadillac and the ignition unit does not It is supplied separately from the headlight and integrated not only into the headlight range control module but also into the headlight wash module. At this stage, the owner can set the budget after the multiple examinations of Cadillac SRX. 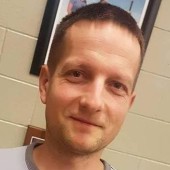